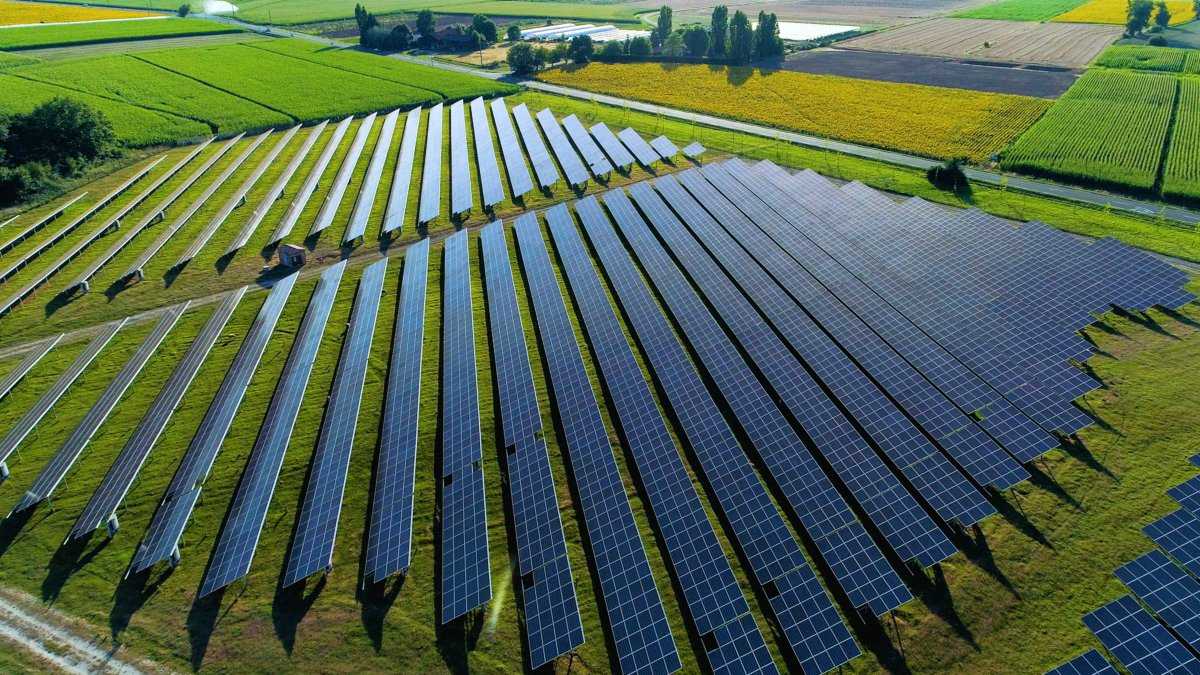 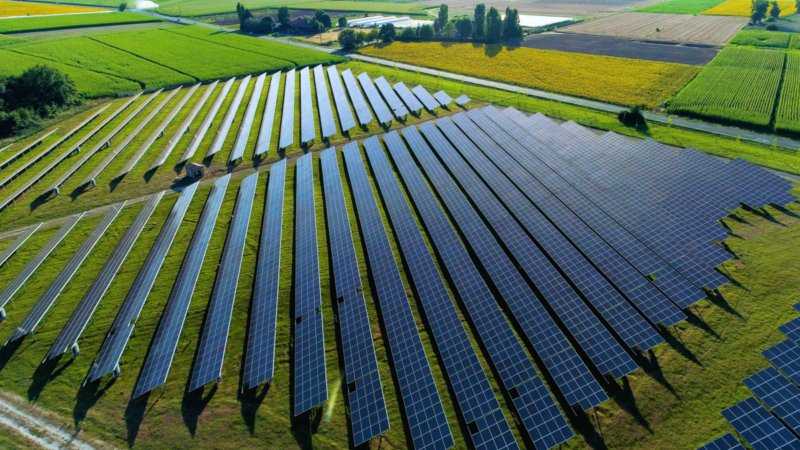 How Much Land Does Solar Use?

The land use for solar PV for different cities in the world is shown below.

Why Does Solar Land Use Vary so Much?

Solar land use depends on both latitude and how much sun reaches the ground, otherwise known as Solar Radiation. The further away from the equator you want to install solar at, the angle of the sun gets lower and lower in the sky. This means that high latitude solar installations cast longer shadows, like we see during sunrise and sunset. In order for solar PV systems to generate the maximum energy, it’s important that the panels don’t shade each other, and that means that you have to space the solar arrays further apart. Near the equator, changes in latitude have a smaller effect on land use requirements, because the sun is more or less directly above the solar panels. However, at latitudes greater than 30 degrees, small increases in latitude have a larger and larger effect, because the curvature of the earth increases the sun angle at an increasing rate. The relationship between land use and latitude is shown below.

While sun angle is fixed by latitude, solar radiation is not. Take for example, Paris, France (Latitude = 48.73) and Seattle, Washington (Latitude = 47.61). These locations differ by less than 1 degree of latitude, but Seattle requires only 2,468 ft2 compared to Paris, which requires 3,223 ft2. This is 30.1% more land required in Paris, mostly because Seattle receives 32.3% more sun than Paris. However, both of these locations require a high land use for solar because they are both high latitude and receive low sun. Compared to the Almeria desert in Spain (Latitude = 36.83), which requires only 1,161 ft2, Paris requires 2.78 times more land for solar just 820 miles to the north. This is because Almeria is both further south, which has a higher sun angle, and because it receives 71.7% more sun than Paris. If we compare Mexico City, Mexico (Latitude = 19.45) to the equatorial cities of Nairobi, Kenya (Latitude = 1.29), and Bogota, Columbia (Latitude = 4.61), Mexico city requires the least land at 678 ft2 compared to Nairobi (729 ft2) and Bogota (784 ft2). This is because the effect of latitude is lower near the equator, and thus the higher solar radiation in Mexico City compared to Nairobi and Bogota results in less land required.

See the Data and Assumptions Section below for a data table containing all latitudes and solar radiation values for each city.

How Does Solar Land Use Compare to Other Land Uses?

Because the unsustainable resources of Uranium (Nuclear Energy), Natural Gas, and Coal all require continuous mining, their land use requirements grow each year, whereas sustainable renewable energy occupies the same land to produce energy, even if the equipment is replaced. However, Biofuels require over 11 times as much land as Natural Gas. Even though solar panels only capture 20% of the energy in sunlight, the energy recovered from growing plants is far lower, and therefore so much more land is required. This means we could generate approximately 17.5 times as much energy on the same land with Solar Energy as we could by growing Corn Biofuels, such as the ethanol that gets mixed in US gasoline.

So the next time you see a giant field of solar panels, just think about how many more fields it took to grow your food!

If you enjoyed exploring this page, maybe you’ll enjoy exploring how much land solar requires anywhere in the world. All you need to do is go to https://pvwatts.nrel.gov and input a location you’re interested in. You will get the Solar Radiation number (kWh / m2 / day) on the third page of PVWatts, and the webpage can give you the latitude of many locations in the world.

Reference Latitudes and Solar Radiation Values used for the “Why Does Solar Land Use Vary So Much?” Section are listed below:

EIA: US Energy Information Administration. (2021). How Much Electricity Does an American Home Use? See Link to Source